Almost three months without a new recipe is too much, I know. But these last weeks we’ve been making some changes in the website. And even if we still have some work to do, the renewed version of  manulechef is almost done. All this blogging thing has changed (evolved?) a lot since we started two years ago, and we were beginning to have a certain vintage look that we didn’t like at all! So while we work  in the finishing touches of the new site, and just to start warming up, I propose you to learn how to dry tomatoes at home using your oven. What do you thing? It can’t be easier and the final result you can use it for many different meals.

You can use this tomatoes in calzones (as part of the filling) and pizzas (put it on top just before serving), toasts, sandwiches… and salads. In fact our next recipe is going to be an original salad that uses this oven-dried tomatoes as one of its ingredients.

So what, are you up for it? 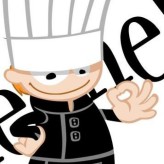 Get our recipes by email:

Subscribe here and we'll send you our next recipes by email.